There has been a lot of buzz around JavaScript, its uses, future, etc. We thought it might be a good idea to also discuss a little about the JavaScript creator, Brendan Eich. In the hyper- cluttered and fast paced life, we often tend to overlook the contributions made by such great technologists. Most developers engage with JavaScript on a regular basis. Seldom do they take a moment to read about its creator. While millions of programmers use JavaScript to drive their professional laurels, we believe that they ought to know a little more about the man who accomplished creating JavaScript in just 10 days.

For some this may take the form of a source of motivation. For others it can simply be a story of passion, ambition and accomplishment. The bottom line is that technologists like Brendan Eich deserve recognition for their contributions to the field of technology. Without their efforts, we would not be half as technologically developed as we are. Presenting to you 6 facts about the JavaScript Creator, Brendan Eich that you need to know-

Post his educational pursuits and a few professional gigs, Eich was hired by Netscape Communications Corporation in 1995. He got the responsibility of creating a prototype for a programming language for the Netscape browser. While this may sound all jolly to you, he was only given 10 days to do the same. And the stakes at risk, did not give the JavaScript creator any respite. The newly launched Microsoft 95 became a serious threat to Netscape and some fast action was the only way out. His superiors instructed him to create a language that closely resembled Java, but was lightweight and more approachable to the non- professionals.

A similar DNA, but with slight modifications, thus, became the goal. In fact, the JavaScript creator even referred to his creation as the ‘silly little brother language’. Against all odds, Brendan Eich created JavaScript in just 10 days and did one hell of a job. It has come to be the most widely used programming language and a special favourite for most developers.

1998 marked the co-founding of the Mozilla project by Brendan Eich to manage open-source contributions to the Netscape source code. The 2003 shut down of Netscape motivated Eich to spin out the Mozilla Foundation as the lead technologist and Board of Director. 2005 saw the emergence of Mozilla Corporation, the for profit arm of Mozilla Foundation. Here the JavaScript Creator, Brendan Eich took the role of CTO. In 2014, he became the CEO, however, his days in this position were numbered. In the same year, Eich stepped down as the CEO, citing “under the present circumstances, I cannot be an effective leader.” as the reason for his resignation. While speculations have been many about the reason behind this move, the division of the team at Mozilla of Eich’s decision to fund the campaign banning same- sex marriages in California.

If reports are to be believed, Eich donated a sum of $1,000 dollars to ProtectMarriage.com, a collection of conservative and religious political activist group for an appeal to ban same- sex marriages in California. The news received media and public attention in 2012, and instigated a series of tweets demanding Eich’s resignation. While standing by his decision, the JavaScript creator publicly apologized for ‘causing pain’ in his blog. He also took upon himself to promote equality at Mozilla. However, his move was a little too late with OkCupid boycotting Mozilla users as a sign of protest against Eich. The users received a message displaying information about Eich;s donation and referred to him as an opponent of gay rights. While his move and stand for the donation may be disturbing to many, Mozilla stands with the statement that no gay person has ever been discriminated at Mozilla.

What Would He Do Differently?

Reflecting upon his journey as the JavaScript creator Brendan Eich recently talked about what he would’ve done differently, had he been developing JavaScript now. Dismissing the speculations of people about asking for more time, Eich wished to have been more selective in listening to feedback from in-house testers. According to the JavaScript creator some feedback was very vital and effective. However, other times it was just a waste of time. However, as a 23 year old, and with the paucity of time, Eich had a hard time differentiating between the good and bad advice. Thus, for Brendan Eich was to compel and help people understand how the small JavaScript seed could unfold into a full language. In the midst, he came across some ‘well- wishers’ who were obstacles to the standardization.

Currently. The JavaScript creator serves as the CEO of Brave, the parent company for the open source Brave Web Browser. Brave which is an internet security company has successfully raised a total of $42 million from angel investors. As a feather in Eich’s cap, Brave strives to block ads and trackers. The objective to protect user data and invariably augment the browsing experience by fast tracking the speed.

As an incentive to capture a bigger user market, Brave came up with a reward system. Users who wish to view ads to receive rewards for their choice and time with Basic Attention Token, Brave’s own cyrptocurrency. While a lucrative proposition, Brave allows users to make a choice and they are free to continue with an ad free experience. As a privacy model, it will be a revelation in the field of data security and advertisements. Instead of paying search engines and social media channels, advertisers will now have to pay users should they wish to share their data. An ad free browsing or compensation for watching ads and sharing data are the twin focus of Brave.

The JavaScript creator has big plans for Brave in the near future. He has his eyes set on reaching a user base of 10 million from the current 6 million in the next couple of months. The objective is to diversify the user base to include middle to senior age users. They may not understand the importance of data security, but would definitely identify with the idea of rewards and benefits. However, the Brave model is not all hurting to the publisher as well. In case the user permits the ad, he/she receives the cyrptographic tokens which the publishers can receive as donations. Therefore, Brave follows a tripartite model for its success with users, advertisers and publishers at its centre.

To cut a long story short, the story of JavaScript creator, Brendan Eich is nothing if not inspiring. Right from his first stint at creating a programming language to heading Brave, an internet security company redefining the browsing experience, he has seen all the highs and lows. At this juncture, budding developers consider Eich a role model and look up to him to drive their journey to success. 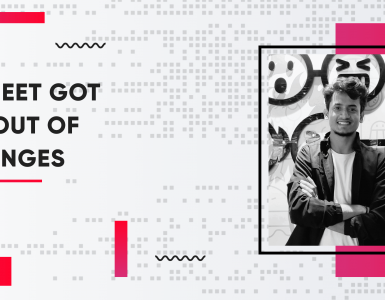 Challenges are the benchmarks set to see how often you can exceed it. While accepting them helps us to grow and experience the exhilarated victory. Manjeet Kumar’s ability to take responsibility helped him to transition from amateur to one of the... 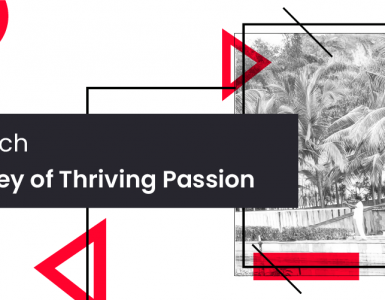 Passion is the ultimate driving force to success. It helps us to grow and thrive beyond our abilities. Shubham Patwa’s nature of stepping into his brilliance gave him the courage to face the unknown. He always tried to engage himself in the... 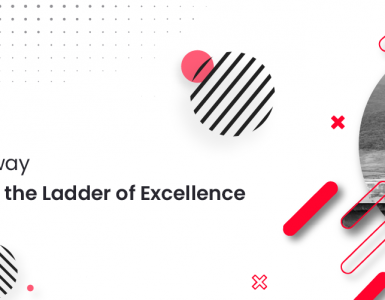 Outperforming the Way; Sanjana’s Ascent on the Ladder of Excellence

Success will not be achieved overnight. You have to use each day as an opportunity to improve, to be better, to get a little bit closer to your goals. Sanjana S’s desire to achieve the unattainable always kept her on the verge of competition. From a...