Git workflow best practices you must use in 2018

If you are into software development, it wouldn’t come as a shock to you that Git is the talk of the programming town for quite some time now. Its utility in tracking changes in computer files over the course of software development has been a boon to programmers. While you may already know a lot about Git, the purpose of this blog is to tell you more about Git workflow. To put it in the simplest terms, Git Workflow refers to a set of suggestions to augment the efficiency while using Git. It is like a secret message to help developers leverage most out of Git to benefit their software development. Here we will help you identify some of the Git workflow best practices that you can employ in your organization for assured results.

What are different types of Git Workflows?

Before we move on to discussing Git workflows best practices, we must understand the different workflows that exist. A difference in workflows simply means that based on the needs and requirements of the team, changes take place at different segments and not necessarily at the central code base. Depending upon the centrality of the change and the expertise of the developer, changes may be carried out at different levels. Git workflow best practices refer to the best way of carrying out and integrating such changes in the larger ecosystem.

Some questions must be going around in your mind right now. Why are their several best practices? Shouldn’t there be one best practice to plan, execute and integrate the change? Well, as a software developer you would agree that all software has distinct needs. By extension, each programming team would require a different practice to optimize its changing mechanism. Thus, a number of best practices have surfaced in the recent times to help programmers select the most suitable ones for their application.

To make the best of Git, it is wise to commit changes as and when you make them. Since Git basically tracks changes, if you keep committing them on the go, tracking becomes easier. Committing regularly has 2 pronged advantages. Firstly, it allows you to save all the changes you make and prevent the loss of any work and effort you put in. Secondly, it also makes it easier for others to trace any bugs that may appear because of a certain change.

Another point to keep in mind during committing is to add information about the rationale behind that change. It may simply be a statement as to what that change seeks to rectify or a new functionality it adds. While such detailing will invariably help you in streamlining your changes and work over a period of time, it will also be a useful record for anyone else who works on your code at a later stage.

Committing without review- No way!

While it is true that you should commit changes regularly, however, doing this without reviewing can be dangerous and self-defeating. How often does it happen that you create a number of changes that you may not require in the central ecosystem but just to suit your local environment? Well, in such situations, you either manually discard the unwanted changes or you unconsciously commit to all. Get rid of this situation by using the Git add- p. One of the top Git workflow best practices, it allows you to view all the changes that they have undertaken and then choose the ones you want to put in the index. Once you identify all the changes you want to commit, you can start the process and commit away.

Git workflow can also help you in streamlining your line of work by branching the different workflows. This simply means that you can create separate branches for each stream of work your team undertakes and not everything happens on a single branch. For instance, fixing bugs could be a separate branch and addition of new functionalities could be a separate one. The advantage this provides is that different professionals with different areas of expertise will have different branches to work on. This will prevent them from blocking each other’s way and therefore, result in a more streamlined workflow. Thus, Github branching strategy can go a long way into helping you organize better.

Whilst it is true that Github branching strategy has its advantages, however, too many branches, especially with similar names can be much of a hassle to work with. So Git best practices also include renaming and deleting your branches from time to time. It is important to define any branch you clone with a unique name. This prevents any confusion between two branches you might be working on. At the moment you might consider that you’ll remember the two distinctly. However, when you look in hindsight, you can barely notice the differences. On the other hand, deleting clears the clutter. Often as developers, you must be creating numerous clone branches to experiment with and see how different changes work. While you may finally commit the changes of a particular clone to the central repository, others just lie there taking up space. Therefore, deleting them is a Github best practice for you.

Use an appropriate workflow

As mentioned above, workflows are generally the recommendations to make the most of Git. Therefore, one of the biggest Git best practices is definitely the identification of the workflow that works best for you. You may use a centralized workflow where only a single branch exists. It can be cloned and worked upon before committing changes to the original one. Flowing from the centralized workflow comes feature branching illustrating the utility of carrying out all the changes related to a particular feature over a separate branch, preventing the master branch from receiving any broken code. Other workflows include Gitflow workflow and Forking Workflow, among many. Each has its own utility and advantages. Based on your team size and requirements, you would be the best judge of choosing the best Git workflow.

Once you commit a change to your local branch, the next obvious step is to integrate the change into the master branch. The first thing to keep in mind before this integration is to raise a pull request with your changes. Here others can review your changes and approve their commitment to the master branch for all developers to be on the same page. Secondly, instead of simply using the rebase command, you can replace it with a rebase- merge combo. They will match your local history to the master and merge only the changes. Obviously, this will reduce the problems that may occur. Additionally, you should never rebase shared commits. While rebasing may solve your purpose, the progress of a fellow developer may be lost forever. Thus, again pull requests come in handy.

In a nutshell, a variety of Git workflow best practices are in place. It is just a matter of time before you identify what works for you the best. If you think there is something that worked for you and gave you Git advantages, tell us more about it. 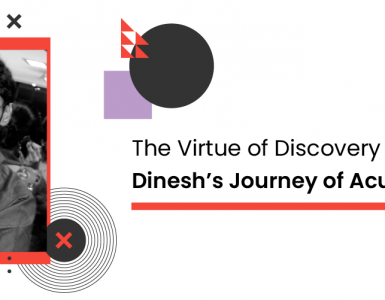 The Virtue of Discovery; Dinesh’s Journey of Acute Learning

Learning is a roadway to the journey of success. With each step, we come closer to knowledge and excellence than yesterday. Dinesh Kumar D unfolded his abilities as he set out for the discovery of his passion. With regular schooling, Dinesh lived...

Determination is the essence of success. It is the only thing that keeps you going despite the roadblocks that stymied your journey. Lovely Kumari’s pursuit of achieving goals kept her motivated along the way. Since schooling, Lovely outperformed in... 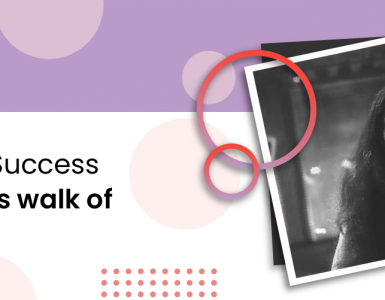 Goals can only be achieved through focus and effort. Every step taken with dedication and with the audacity of overcoming failures helps us en route to success. Yashaswini H M’s consistent zeal helped to progress in a short period. Her way of living...