Within a short span of time since its inception, Angular JS has become one of the most sought after development frameworks. Its appeal lies in its twofold propositions. The latest AngularJS tools for developers are a boon. Firstly, it acts as an effective framework which allows the developers to design dynamic web apps and pages. Secondly, it has the ability to incorporate or be supplemented by a wide variety of tools which makes its use all the more convenient and the final product attractive.  Undoubtedly, there are a few amongst these tools that enter the category of the best AngularJS development tools.

Karma is essentially a testing framework. Its unique proposition lies in its ability to allow developers to test in a real ecosystem. Developers using Karma as their testing tool can test their products on real browsers and phones. Invariably, testing on the ground helps developers identify potential glitches better than testing in a lab setting.

The best part about this tool is the independence from jQuery. Independence endows developers with the flexibility to directly apply Ment.io to any element and it easily accepts selectable text inputs. What is more is that Ment.io carries the capability to introduce mentions and macros widgets. Finally, this makes it one of the best AngularJS tools for developers.

Another testing framework, Jasmine is primarily behavior driven. Its specific configuration prevents its reliance on any browser or any other javascript. Its clean and easy to use syntax assists developers in conveniently writing tests. It is best suited for testing Node.js or any websites where a Javascript can run. Thus, this makes it one of the best AngularJS development tools

A top scorer in the race of best Angular JS development tools is Protractor, which again is a testing framework. It essentially provides an end- to- end testing ability for Angular JS apps. What marks out Protractor as efficient is its ability to automatically sync the webpage and the tests as soon as one task finishes. It also gives the developers a real ecosystem experience.

Mocha.js is primarily a feature- rich Javascript testing framework. The benefit it brings to AngularJS developers is its ability to support asynchronous testing. This has dual benefits. Firstly, it allows a great deal of flexibility for the developers. Secondly, it accentuates the accuracy of mapping and reporting for AngularJS development services.

Djangular in simplest terms is a reusable app that assists app integration for Angular JS. It can be seen as a star for Angular applications. Instead of creating a massive lump of content at once, Djangular empowers the developers to create content per app. Following this, you can also selectively use apps per site. This gives the developers flexibility.

If you are developing an Angular application, you obviously need a sound backend development tool. Look no further, Angular fire provides an efficient Angular JS development ide when it comes to backend. It has 3 pronged benefits including a flexible API, 3- way data binding, and rapid development capabilities. These 3 together enhance developer experience, especially for the new ones.

Today’s fast-paced world calls for a tool that accelerates the Angular JS development process. Angular Kickstart, as the name suggests, kick starts the process and puts it to a high pace. Additionally, it brings together Angular JS, Gulp JS and Bower to fasten the Angular JS applications development. While it speeds up the process, it also reserves the code in a reusable modular structure.

A favourite for all developers Mean is a tool that acts a boilerplate to work across different platforms. Developers can use Mean to develop apps for Mongo DB, Node.js, Express, and Angular JS. Thus, its preconfigured set of modules like the Mongoose and Passport are useful to most developers.

Developing and testing codes for any app or webpage requires an efficient text editor. Sublime text is the solution. Unanimously, the programmers’ community agrees that Sublime Text deserves a top position when it comes to a text code editor. The reason for its popularity is its efficiency, output and its ease of use which makes coding effortless.

A digital platform requires a front end that is effective in its operations. Code orchestra is a front end development framework that allows programmers to code live style. This means that whenever programmers modify or edit a code and save it, there is an automatic implementation in the program. This is achieved through integration with a special protocol which facilitates integration.

An HTML5- based video player, Videogular fulfils all video needs of Angular JS. Using it, developers can easily integrate and incorporate videos and other multimedia elements into their Angular JS applications. Also, it comes with bindable properties and an API that allows developers to create their own plug ins.

Webstorm is one of the first tools to come in the minds of a developer when they think about the best Angular JS development IDE and text. Basically, it is a smart code editor which is compatible with a range of frameworks, including, JavaScript, Node.js, CSS, etc. Invariably, its utility lies in its future looking design making it compatible with successor frameworks as well, making it one of the best AngularJS development tools.

Restangular in common understanding is an app service that simplifies common commands like GET, POST, DELETE and UPDATE, requiring minimal client code. It is ideal for webApps that rely on data consumption from RESTful API, and one among the best AngularJS development tools .

AngularJS developers, especially those new into the game find this particular tool a boon to work with. Angular GetText mainly serves the purpose translation for Angular JS. Consequently, one can view this tool as a means to translate the annotated parts of any code written in English into the browser or local language seamlessly.

This tool acts as an assistant to guide you through developing, debugging and understanding your Angular JS applications. It is a browser extension of Safari and Chrome that fulfils its functions by adding an inspector pane. Additionally, it employs a range of Controllers and Directives to identify and display each scope.

Angular seed acts a skeletal body or a blueprint for a typical Angular JS application. It is one of the top AngularJS tools for application development to bootstrap an angular app projects within this Angular JD development IDE.

It is a kick start tool that allows developers to quickly initiate the setting up of their project on Angular JS with sensible defaults. Subsequently, it comes configured with almost all the boilerplates that a programmer might need to get their project started. 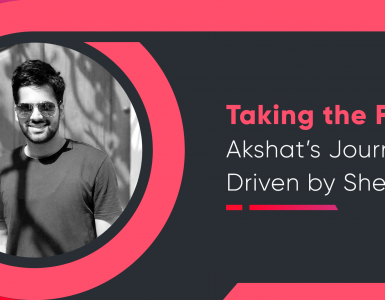 Every journey starts with a first step, along with the desire to achieve something. The ignition of that desire only happens when you are driven by sheer curiosity.  Akshat Sharda’s zest for learning and adapting consistently brought him a step... 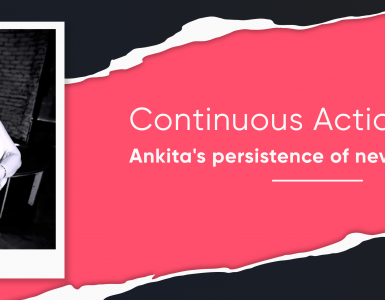 The only limit to the height of your achievement is the reach of your dreams and your willingness to work for them. Being determined towards the goal allows us to stay focussed along the way for achieving them. Ankita Arya Bhalla’s persistence of... 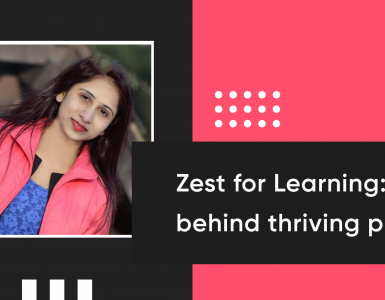 Learning anything requires commitment and the ability to push through the uncomfortable feeling of not being very good until reaching competency.  While on the path of competency, Anju Singh’s accomplishments have motivated her to go a step beyond...